Preventing Social Conflict at Its Source

Conflict among political, ethnic, and cultural groups in society is growing more and more each day.

Governments are witnessing a fragmentation of national identity and are unable to address the underlying causes of stress and tensions that are now manifesting into acute problems for the nation and region.

A simple and effective solution that any wise government or cultural leader may now adopt is now being offered by the Institute for Excellence in Africa. 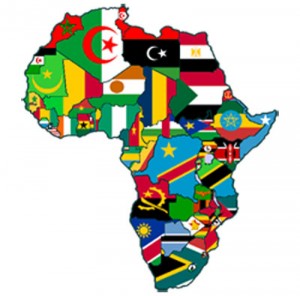 Governments throughout the world are grappling with the challenge of how to maintain unity in the rising diversity of their citizens.

It is well recognized that the movement of ethnic and cultural groups—either within a nation or from one nation to another—has brought together differences in identity and lifestyle that overshadowing the institutions through which harmony might be maintained.

Stress and tensions are bubbling up again and again to burst into conflict and violence along the divisions of culture, language, religion and traditions.

In addition to the social toll of suffering, an environment of conflict and instability prevents any possibility for sustained development.

This dangerous and unfortunate situation is the direct result of incomplete education that does not train the brain to function holistically.

The Institute for Excellence in Africa offers simple but profound educational technologies to develop consciousness and awaken the total potential of the brain physiology. When the brain is fully awake and functioning coherently, the individual experiences unity in the midst of diversity.

Scientific research shows that they grow more and more in the fundamental values of cultural integrity—stability, adaptability, integration, purification and growth—that promote harmony in society.

Such individuals will not be threatened by outside influences but will be able to maintain a personal identity in the face of differences.

Their thought and action becomes more and more in tune with the evolutionary intelligence of nature which upholds the infinite diversity of the ever-expanding universe in perfect harmony.

Even a small group of coherence-creating citizens can create a measurable effect of peace and harmony for the nation.

When nation is coherent it functions in a unified way. Then, the richness of diversity will become a great treasure to the nation.

Cultures will take from others what is most nourishing and not be negatively influenced by what may not be useful for evolution within the nation’s climate and geography.