Home » Achieving Peace in the Family of Nations

Achieving Peace in the Family of Nations

THE URGENT NEED OF OUR TIME: PEACE FOR AFRICA AND PEACE FOR OUR WORLD FAMILY 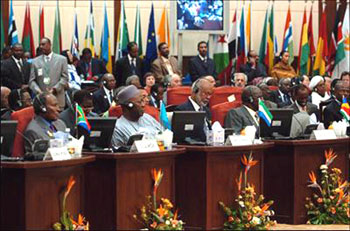 Today, every nation is vulnerable. Even the mightiest nations are held hostage by small terrorist groups. Conventional military approaches are increasingly powerless to protect a nation against terrorist attack, against new destructive technologies, or against missiles with pinpoint accuracy. Diplomatic efforts seem equally powerless. In a world divided by deep-seated hostilities and regional tensions, negotiated settlements and ceasefires have brought temporary relief, at best. Paper treaties and discussions among representatives of warring nations are too fragile a basis for lasting peace.

How, then, can we achieve lasting peace and protect the security, stability, and well-being of every nation? According to recent research, traditional approaches to defense fail because they do not address the underlying cause of violence and conflict: they do not relieve the acute political, ethnic, and religious tensions that fuel terrorism and conflict. We need an effective means to eliminate these deep-seated tensions—a proven approach that can safeguard a nation against violence and promote peace and prosperity in the world.

During the last 25 years, a powerful, innovative approach to peace has been extensively field tested—in the Middle East and throughout the world. The consistent result has been dramatic reductions in terrorism, war, and other social violence.

The Institute for Excellence in Africa offers a proven, practical approach to world peace and national coherence and unity—an approach validated over the last 25 years by more than 50 replications and 23 studies published in leading peer-reviewed scientific journals. These findings have been replicated, published in leading academic journals, and endorsed by hundreds of independent scientists and scholars. The efficacy of this approach is now beyond question.

These studies verify that the scientific knowledge and technologies are now available to end terrorism and conflict, to achieve indomitable national strength and security, and to create permanent world peace. By implementing these technologies, every government can rise to invincibility and secure the peace and safety of its citizens. But the time to act is now.

The approach calls for the immediate establishment of large national groups of peace-creating experts practicing specific “technologies of consciousness” that have been scientifically shown to neutralize acute ethnic, political, and religious tensions that fuel violence, terrorism, and social conflict. By eliminating tensions and animosity, this field-tested approach will immediately:

• Defuse enmity in a potential adversary, thus preventing the birth of an enemy and the onset of war

• Create coherent and harmonious national consciousness, strengthening the nation against any potentially disruptive influences from outside or within

• Create a peaceful and cooperative global environment, conducive to the formation of stable governments and the cessation of hostilities in regional hot spots 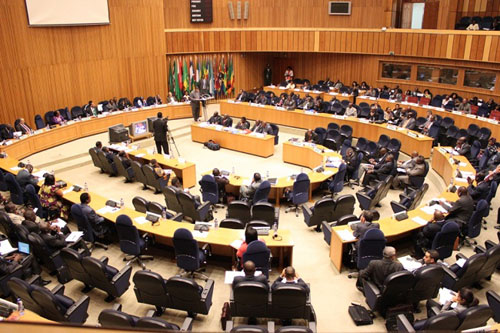 National invincibility means freedom from problems and negativity coming from within or from outside the country.

National invincibility is based on a strong, coherent and unified national consciousness that can be practically achieved through the Consciousness-Based programs of the Institute for Excellence in Africa. The citizens of the nation will enjoy greater cooperation and harmony that supports maximum creativity, productivity and progress. An invincible nation administers the diversity of its citizens holistically so that individual life is upheld in perfect harmony. The government will efficiently and effectively provide knowledge and programs of action that will ensure fulfillment for every area of society.

An invincible nation radiates positivity and nourishment to its neighbors and spontaneously prevents the birth of any enemy. It will be an inspiration and joy to everyone in the world family.

Global Peace—Invincibility to Every Nation

The Institute for Excellence in Africa is actively creating a transformation in world consciousness. Research indicated that the establishment of a group of 9,000 peace creating experts can positively influence trends in the life of the entire world family. This formula of 1 percent of the world’s population practicing advanced programs of consciousness will produce an environment of harmony and prevent the outbreak of violence and conflict anywhere in the world.