Recent research on diabetes may have significant impact for African Women. The number of diabetes sufferers in Africa remains uncertain but the International Diabetes Foundation (IDF) estimate from 2000 puts the figure at 7.5 million diabetic adults between 20 and 79 years of age.

Today this figure would be much higher and the WHO (World Health Organization) and the IDF estimate that the diabetes population will double over the next twenty five years in Africa.

In the United States, African American women greatly improved their condition of dyslipidemia through the practice of the Transcendental Meditation technique, according to a study conducted by researchers at Maharishi University of Management’s Institute for Natural Medicine and Prevention, Morehouse School of Medicine in Atlanta, and Howard University Hospital and College of Medicine in Washington, DC. 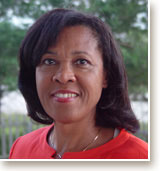 African American women with diabetes greatly reduced their stress levels and improved their condition of “dyslipidemia” through the practice of the Transcendental Meditation technique, according to a first-ever study we presented during the American Public Health Association’s Annual Meeting and Exposition in Philadelphia last November.

Dyslipidemia is the most common complication of diabetes, characterized by low HDL (good) cholesterol and high triglyceride levels, which increase the risk of cardiovascular disease (CVD).

The 12-month pilot study involved 49 diabetic African American women, aged between 55 and 85 years, who were randomly assigned to a Transcendental Meditation program group or to a health-education group focusing on diet and exercise.

The Transcendental Meditation group showed a 29 percent greater increase in HDL (good) cholesterol and a 20 percent greater drop in triglycerides than subjects in the diet and exercise group at the end of the trial period.

The study was conducted by researchers at Morehouse School of Medicine in Atlanta, Howard University Hospital and College of Medicine in

Washington, D.C. and the Institute for Natural Medicine and Prevention at Maharishi University of Management in Fairfield, Iowa.

Nearly twice as many African American women suffer from CVD and diabetes as Caucasian women, and psychosocial stress contributes to the risk of diabetes and diabetes complications especially CVD. Combining the Transcendental Meditation technique with changes to diet and exercise may produce an even greater benefit.

Can Transcendental Meditation help those suffering from diabetes?
JULY 28, 2011

Q: How can the Transcendental Meditation technique influence Type 2 diabetes, which is a biochemical problem related to the inability of the body to make or to use insulin? 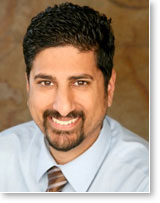 Dr. Chaudhary: When you look at diabetes as a process of manifesting disease in several stages, in the initial stages the person develops insulin resistance. This means that your insulin is not working as efficiently as it should, and consequently your blood sugars start to rise.

Research published in the Archives of Internal Medicine in 2006 shows that the practice of the Transcendental Meditation technique can help during the initial stages, by lowering insulin resistance. So even though it’s true that some damage has been done to your pancreas over the years of developing diabetes, it doesn’t mean you can’t still be helped. 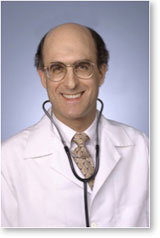 Dr. Schneider: Stress hormones such as cortisol, adrenaline and noradrenalin aggravate insulin and glucose levels. Reducing these neurohormones through the Transcendental Meditation technique helps to balance glucose and insulin in the blood. This helps to normalize metabolic syndrome and diabetes.

Q: Does stress play a role in Type 2 diabetes as well?

Dr. Chaudhary: Yes, for the same reason that it does in obesity. When you’re stressed you tend to have higher cortisol levels, which increases insulin resistance; you also tend to eat the wrong foods, eat excessively, and eat at night because sleep patterns tend to be off in people who are anxious.

Eating at night is particularly bad for diabetics, because there is a natural five-minute spike in growth hormone at 3:00 a.m. This leads to a temporary increase in insulin resistance and subsequent higher blood sugar. If you have eaten something at midnight, blood sugars can spike even higher because of this growth hormone effect. This makes medication less effective. So it’s very important to control stress and anxiety when treating diabetes.

As shown by research, the Transcendental Meditation technique can help by decreasing stress and regulating sleep patterns, so the person is sleeping through the night and not eating at midnight because of stress or anxiety. 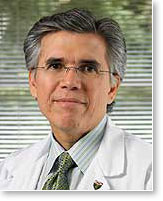 Robert Schneider, M.D., F.A.C.C., F.A.B.M.R., has been awarded more than $20 million in grants from the National Institutes of Health (NIH) for his pioneering research on natural approaches to heart disease. Dr. Schneider is the author of Total Heart Health and 100 medical research articles, and he has been featured in more than 1,000 media reports, including CNN Headline News, The New York Times, and Time magazine.

César Molina, M.D., F.A.C.C., is Medical Director of the South Asian Heart Center at El Camino Hospital in Mountain View, CA. He is a graduate of Yale University School of Medicine and a fellow of the American College of Cardiology. Dr. Molina has recently appeared in the international edition of CNN discussing the benefits of diet and exercise in the treatment and prevention of coronary heart disease.