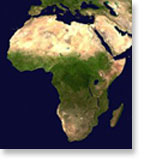 Improving health is central to the achieving a high quality of life for the over one billion people of Africa. Organizations such as the World Bank make health a primary target of their Millennium Development Goals.

Initiatives include increased primary care,  immunization, sanitation, access to healthful drinking water, and safe maternity care. Unfortunately diseases such as diabetes, cardiovascular disease, diabetes, kidney failure, etc. are on the rise. It is a continuing challenge is how to provide proper healthcare in an environment of poverty and social imbalance.

Preventing problems before they arise is clearly the best medicine and there is one evidenced-based approach that promises to help African nations achieve better health. A series of studies on a natural easy to learn stress-management technique shows significant improvements both in overall health and specific diseases with a corresponding reduction in the need for medical care.

According to a new study published in the September/October 2011 issue of the American Journal of Health Promotion, people with consistently high healthcare costs experienced a 28% cumulative decrease in physician fees after an average five-year period practicing the Transcendental Meditation technique compared with their baseline. Non-meditating control subjects experienced an increase in fees to physicians over the same time frame.

This new study compared the changes in physician costs over five years for 284 consistent high-cost participants—142 Transcendental Meditation practitioners with 142 non-practitioners in Quebec, Canada. The non-TM subjects were randomly selected from Quebec health insurance enrollees with the same age, sex, and region to match the TM participant profiles. The TM participants decided to begin the technique prior to choosing to enter the study. In the year before the intervention began, there were no significant differences between the groups in payments to physicians.

During the five-year assessment period, the TM group’s annual rate of change in payments declined significantly (p = 0.004), while the comparison group’s payments showed no significant changes. After the first year, the TM group decreased 11%, and after 5 years, their cumulative reduction was 28% (p = 0.001).

The primary measure for assessing the effectiveness of TM practice in decreasing medical costs was the fees paid by the Quebec health insurance agency to private physicians in all settings for treating study participants. In Canada and the U.S., physician payments constitute 20% of national health expenditures. This study’s results are important because doctors’ decisions determine most medical expenses: tests, prescription drugs, hospitalization, surgery, and other treatments. 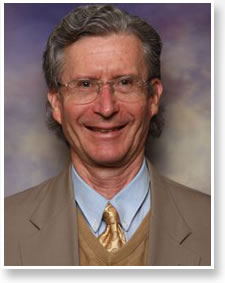 This study’s findings were similar to earlier ones. In a previous Canadian study, the TM group exhibited reduced medical expenses between 5% and 13% relative to comparison subjects each year for 6 consecutive years. In a subsequent Canadian study of senior citizens, the TM group’s five-year cumulative reduction for people aged 65 years and older relative to comparison subjects was 70%.

“This article has major policy significance for saving Medicare and Medicaid without cutting benefits or raising taxes,” said Robert Herron, Ph.D., the study’s author. “This study suggests that it may be possible to rescue Medicare and Medicaid by adding coverage for learning the Transcendental Meditation technique.”

Related research on the TM program’s affect on healthcare utilization: 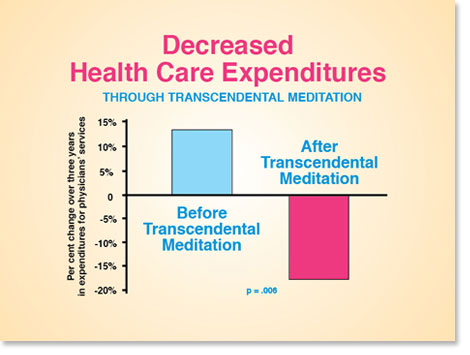 A study of 677 people in Quebec, Candada, who learned the Transcendental Meditation Programme found that after learning the programme government payments for physicians’ services declined significantly, in comparison to an increasing trend before learning the practice. Reference: American Journal of Health Promotion 10: 208–216, 1996. 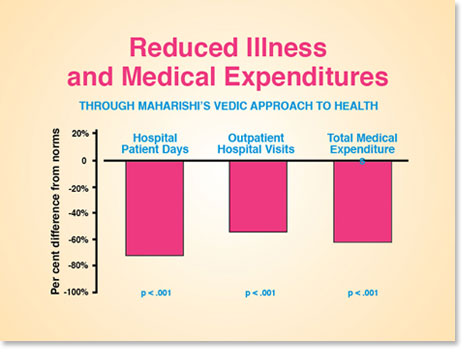 A study of medical utilization and expenditures found that those who participated in Maharishi’s Vedic Approach to Health, which includes practice of the Transcendental Meditation Programme, showed greatly reduced hospital days, outpatient hospital visits, and overall medical expenditures in comparison to norms. Reference: The American Journal of Managed Care  3: 135–144, 1997 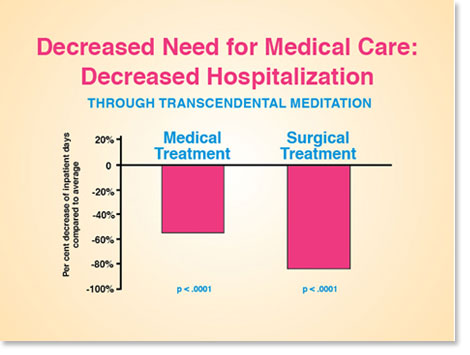 A study of approximately 2000 participants in the Transcendental Meditation Programme analyzing five years of medical insurance data found that they required significantly less hospitalization, for both medical and surgical procedures, in comparison to the average of all other insured persons. Reference: Psychosomatic Medicine 49: 493–507, 1987. 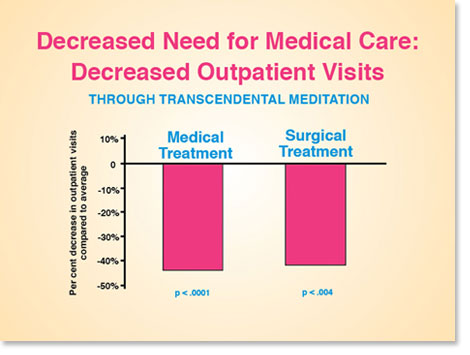 Medical insurance data on participants in the Transcendental Meditation Programme indicated that they required significantly less outpatient doctor visits for both medical and surgical procedures in contrast to the average of all other insured persons. Reference: Psychosomatic Medicine 49: 493–507, 1987.