The challenge: Preventing the rising epidemic of cardiovascular disease in Africa 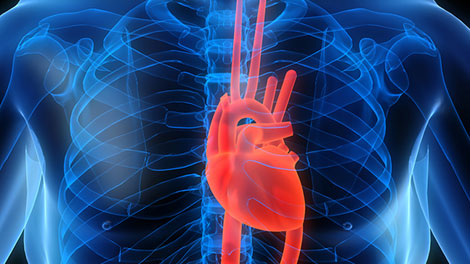 In most African countries cardiovascular disease (CVD) is now the second most common cause of death after infectious disease, accounting for 11 percent of total deaths (WHO 1999).

CVD is a major cause of chronic illness and disability and projections from the Global Burden of Disease Project suggest that by 2020, the burden of CVD faced by African countries will double.

Hypertension remains the most threatening risk factor, with national prevalences ranging between 15% and 30% in adults.

Extrapolations from studies in Nigeria and elsewhere indicate that 5% of deaths could be due to hypertension and that the reduction in attributable risk associated with treatment could be 2%, over 10 times higher than in the United States.

The usual risk factors of obesity, smoking, heavy drinking, physical inactivity, and inappropriate diet are all relevant in Africa. So must be adverse intrauterine environment, given that antenatal care is poor or absent in most parts of the continent.

People often have multiple risk factors, as shown in a recent publication from South Africa which reported that 32.1% of men and 18.9% of women over 30 had a 20% or higher likelihood of developing cardiovascular disease in the next 10 years.

What is the future if cardiovascular disease is unchecked in Africa?

• Increased suffering and mortality and escalating burden on healthcare facilities

• The African poor will suffer disproportionately as a consequence of their higher disease risk and limited access to health care.

• With rising healthcare costs, less funding will available for development and the reducing poverty

• Death and disability in middle age have major social and economic consequences, depriving families of parents, workplaces of employees, and communities of leaders.

• Loss of productive citizens from the work force

The Institute for Excellence in Africa and its partners are now promoting a new natural health protocol shown by extensive scientific research to significantly reduce risk factors for CVS, hypertension and stoke.

FAIRFIELD, Iowa, May 1, 2013 A report from the American Heart Association (AHA) published on April 22 concluded that the Transcendental Meditation (TM) technique lowers blood pressure and recommends that TM may be considered in clinical practice for the prevention and treatment of hypertension.

After considering meta-analyses and the latest clinical trials on different types of meditation, the report stated that while Transcendental Meditation is recommended to lower BP, there is not enough scientific evidence to recommend other meditation or relaxation techniques. 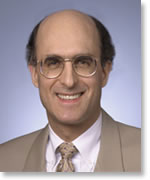 “This is an important breakthrough in the evolution of medical practice, since it is the first time that the Transcendental Meditation technique has been recognized and recommended for consideration by a national medical organization that provides professional practice guidelines to physicians, health care payers, and policymakers,” said Robert Schneider, MD, FACC, director of the Institute for Natural Medicine and Prevention who has been the principal investigator for several research studies on the Transcendental Meditation technique and cardiovascular disease. “This type of guideline statement has been what health insurance companies have been requesting for many years.”

The authors of the report assessed three categories of alternative approaches: behavioral therapies such as meditation, non-invasive procedures or devices, and exercise-based regimens. The report did not review diets or dietary supplements.

Part of the impetus for this statement from the AHA came from the patients themselves, who are sometimes reluctant to take medication. “A common request from patients is, ‘I don’t like to take medications, what can I do to lower my blood pressure?’ said Robert Brook, M.D., chair of the expert panel that authored the report. “We wanted to provide some direction.”

Meta-analyses referenced in the report found that Transcendental Meditation practice lowers blood pressure on average 5 mmHg systolic and 3 mmHg diastolic. Although by some accounts modest, Dr. Schneider pointed out that for millions of people with high blood pressure, this reduction may help to bring them into a more normal range or prevent the need for hypertension medication with attendant side effects and costs.

“We are gratified that our research demonstrating the efficacy of TM on blood pressure is being recognized and hope that this consensus will result in its wider use in clinical practice,” said C. Noel Bairey Merz, professor of medicine at Cedars Sinai Medical Center and principal investigator for an NIH-sponsored clinical trial on Transcendental Meditation and cardiovascular health.

The report also recognized that Transcendental Meditation is generally considered safe and without harmful side effects. As an additional advantage, the statement noted that many of the reviewed alternative therapies, such as meditation, may provide a range of health or psychological benefits beyond BP lowering or cardiovascular risk reduction.

The report concluded that, “It is the consensus of the writing group that it is reasonable for all individuals with blood pressure levels >120/80 mm Hg to consider trials of alternative approaches as adjuvant methods to help lower blood pressure when clinically appropriate.”

About the Transcendental Meditation technique

The TM technique is a simple, natural, effortless procedure practiced 20 minutes twice each day while sitting comfortably with the eyes closed. Extensive peer-reviewed research studies have found that TM reduces stress and anxiety, improves learning ability, and promotes wellness for mind and body.

This week hundreds of articles have appeared in newspapers around the world about the results of a new scientific study published on November 13th in the American Heart Association journal, Circulation: Cardiovascular Quality and Outcomes.

The randomized, controlled study found that African Americans with heart disease who regularly practiced the Transcendental Meditation technique were 48 percent less likely to have a heart attack, stroke, or die from all causes compared with African Americans who attended a health education class over more than five years.

Those practicing meditation also lowered their blood pressure and reported less stress and anger. And the more regularly patients meditated, the greater their survival, said researchers who conducted the study at the Medical College of Wisconsin in Milwaukee. 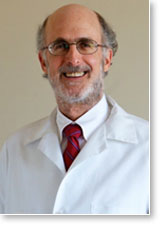 “We hypothesized that reducing stress by managing the mind-body connection would help improve rates of this epidemic disease,” said Robert Schneider, M.D., lead researcher and director of the Institute for Natural Medicine and Prevention at Maharishi University of Management in Fairfield, Iowa. “It appears that Transcendental Meditation is a technique that turns on the body’s own pharmacy — to repair and maintain itself.”

For the study, researchers randomly assigned 201 people to participate in a Transcendental Meditation stress-reducing program or a health education class about lifestyle modification for diet and exercise.

Those in the TM program sat with eyes closed for about 20 minutes twice a day practicing the technique, allowing their minds and bodies to rest deeply while remaining alert.

Participants in the health education group were advised, under the instruction of professional health educators, to spend at least 20 minutes a day at home practicing heart-healthy behaviors such as exercise, healthy meal preparation and nonspecific relaxation.

Researchers evaluated participants at the start of the study, at three months and every six months thereafter for body mass index, diet, program adherence, blood pressure and cardiovascular hospitalizations.

Cardiovascular disease is the leading cause of death worldwide. Death from heart disease is about 50 percent higher in black adults compared to whites in the United States. Researchers focused on African Americans because of health disparities in America.

“Transcendental Meditation may reduce heart disease risks for both healthy people and those with diagnosed heart conditions,” said Dr. Schneider, 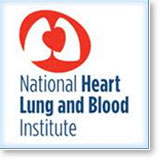 “The research on Transcendental Meditation and cardiovascular disease is established well enough that physicians may safely and routinely prescribe stress reduction for their patients with this easy to implement, standardized and practical program,” he said.

The National Heart, Lung and Blood Institute, a part of the National Institutes of Health, funded this study.