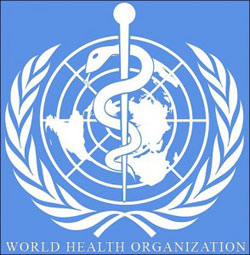 In 2002 Dr. Victoria Mukasa studied 30 to 50 HIV positive patients for 3 months for her Masters Degree in Public Health at Makerere. This study was conducted for her thesis which was entitled “The study of Transcendental Meditation as a stress management technique among HIV patients at TASO, Mulago.” The WHO Country Office in Uganda and the then Vice President of Uganda funded the study.

The TASO patients attended the Clinic on Tuesdays and Thursdays. Baseline measurements were made of demographic biodata, stress levels, number of diarrhoeal bouts over the previous two weeks, and body weight. Measurements of the last three variables were made at monthly intervals. The intervention (Transcendental Meditation) and non-intervention groups met on different days of the week. Both groups were followed for three months.

Whenever the intervention group met, they practiced the meditation. The other group was given the normal treatment. By the end of three months, the intervention group had lower stress levels, had gained some weight, and had experienced fewer diarrhoeal bouts. This study used the “General Health Questionnaire” to determine the level of stress among the study participants. This questionnaire was recommended by one of the psychiatrists in the Mental Health Department of Makerere University Medical School. The study was made in a hospital setting, therefore one of the recommendations was that it could be repeated at some community level such as a village, parish or district.

PHILADELPHIA, March 27, 2013 A first-of-its-kind University of Pennsylvania study found that the Transcendental Meditation (TM) technique can help improve vitality and other quality-of-life factors in patients with the HIV virus.

Findings were published online in the journal AIDS Care: Psychological and Socio-medical Aspects of AIDS/HIV. The TM group was found to have a significant improvement in health-related quality of life in areas such as the ability to be physically and socially active, pain, general mental health, vitality, and general health. The study group also had improved physical, social, and emotional wellbeing.

“This is the first study to explore application of TM in community dwelling adults with HIV and adds to the existing evidence regarding association between stress and outcomes,” said UPenn researcher Sumedha Chhatre , lead author on the study.

A range of physiological measures, such as the hormone cortisol, which is associated with stress, and T-cell count, and which is a measure of immune function, found that in every case the TM group had better outcomes than the control group, though the results didn’t achieve statistical significance.

A large body of research has found that the TM technique reduces stress, and according to the study, “stress is implicated in the pathogenesis and progression of HIV.”

“This first pilot research is very encouraging,” said Sandy Nidich, coauthor on the study and a researcher at Maharishi University of Management. “The fact that there was a marked improvement in quality of life accompanied by improvement in physiological measures indicates that the Transcendental Meditation technique may benefit AIDS patients. Particularly noteworthy is the very high compliance with the Transcendental Meditation program.”

The study was funded by a grant from the Penn Center for AIDS Research (CFAR), as part of their Developmental Award Program, to lead author Sumedha Chhatre.

About the Transcendental Meditation technique
The TM technique is a simple, natural, effortless procedure practiced 20 minutes twice each day while sitting comfortably with the eyes closed. Extensive peer-reviewed research studies have found that TM reduces stress and anxiety, improves learning ability, and promotes wellness for mind and body.