Cultural Vitality: An Alliance with Nature

Culture plays a special role in the blossoming of life and creation of national unity and invincibility. 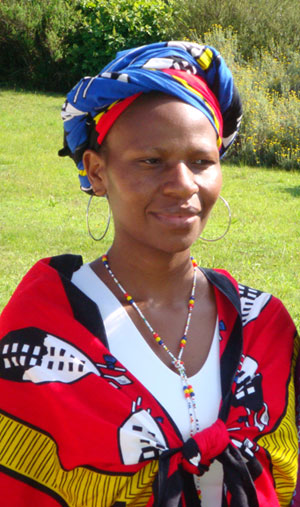 This is because culture, including language, dress, diet, customs and traditions, is the expression of the underlying intelligence of nature that promotes growth and peace in a particular area.

Culture helps a person live in harmony with nature and avoid negative consequences that arise when natural law is violated. When collective consciousness is coherent, then natural law is fully lively and the nation enjoys invincibility as a by product. Even a few people practicing Consciousness-Based programs can provide the basis for all positivity in the community or nation.

Culture is the local expression of local impulses of Natural Law. These cultural values and traditions, grounded in the Natural Law of the land, serve to sustain and promote life in that region.

The loss of cultural integrity, therefore, does not mean merely the loss of traditional styles of dress or cultural history or even knowledge. Losing one’s culture means losing connection with the unique values of nature that sustain it.

Cultures worldwide can be preserved, can be made invincible, by reconnecting them to their source, enlivening the ground on which they grow – by awakening the unity at the basis of diversity, the Unified Field of Natural Law, the Constitution of the Universe.

This is easily accomplished by creating the Maharishi Effect – establishing coherence in each culture’s collective consciousness,strengthening the core vitality of each individual and the nation as a whole.

When the unity of life is lively, diversity blossoms. Every culture, language, religion, and race will spontaneously rise to its full integrity, creating a beautiful, invincible mosaic shining with the light of unity.

ENLIVENING THE FUNDAMENTALS OF CULTURE

When collective consciousness becomes coherent and total natural law lively, nations enjoy the fundamentals of culture – stability, adaptability, integration, purification, and growth. These qualities harmonize the ever-changing steps of progress with the non-changing nature of culture:

• With STABILITY, a culture will not be overthrown by influences from outside.

• With ADAPTABILITY, cultures can flexibly adapt to change

.• With INTEGRATION, they can absorb from outside any influences useful to their own identity and progress.

• With PURIFICATION, cultures can eliminate values not conducive to progress.

• With GROWTH, outside influences will promote progress without damaging cultural integrity.

When national consciousness becomes coherent then cultural integrity blossoms and the nation becomes resistant to any negative influences from within or without. A nation that is incoherent is weak, given to conflicts and quarrels.

The government cannot make progress even with the best of intentions and the nation creates problems with its neighbors. A nation that is coherent is unified, self-sufficient, healthy and strong and the people do not violate the laws of nature that uphold the nation’s climatic and geographic conditions.

On this basis no negativity can overshadow the nation. Invincibility does not only mean freedom of fear from invasion and outside disturbance, it also means togetherness within and an absence of natural calamities. Nature becomes more balanced and as a result the seasons come on time, crops are plentiful and no disasters such as floods and famine take place.

The invincibility is not an isolated phenomenon in nature. Throughout the physical and biological sciences principles may be located which give rise to permanence or invincibility.

What is universal is that indestructibility seems always to depend upon coherence of collective functioning. LEARN MORE