Education is the key to achieving true development and sustained growth in any country of the world. Nowhere is education more needed, or more valued, than in Africa. However, it is clear that education, even in developed countries, has not been able to prevent problems in society such as crime, conflict, pollution, and economic imbalance. This is because it does not provide for the full development of the students creativity and intelligence and values to facilitate academic achievement.

The Institute for Excellence in Africa therefore promotes a new innovative approach to education that is being adopted around the world that provides significant educational outcomes at low cost and without requiring extensive facilities or infrastructure. A key element is the use of Transcendental Meditation technique to develop the full brain potential.

Over 600 scientific research studies, conducted at more than 250 universities and research institutions in 33 countries, validate the wide-ranging benefits of Transcendental Meditation and its advanced techniques including Yogic Flying. These studies have been published in major scientific journals and presented at scientific conferences throughout the world.

In addition, Consciousness-Based schools and colleges are highly successful, both in students’ academic performance (winning many prizes and scoring at the top of standardized tests) and in the quality of life which is uniquely peaceful, compassionate and filled with happiness—and free of problems and troubles. Educators from other institutions are amazed to see the brilliance of the consciousness of these young enlightened students, which sets them completely apart from students of any other institution, and which shows what a bright future our world has when Consciousness-Based Education is universally implemented.

One of the most important research findings on Consciousness-Based Education confirms that this educational approach enlivens the total functioning of the brain, which results in integration among all parts of the brain. This finding is important for a comprehensive approach to world peace, because a real state of peace requires holistic, integrated functioning not only at the collective level of society, but also at the level of the individual, which is the basic unit of society.

Research in developmental neurophysiology has found that specific types of experience are necessary for the corresponding areas of the brain to develop. For total brain functioning to develop, the specific experience of self-referral consciousness —unbounded awareness—is required, which is easily gained during Transcendental Meditation. 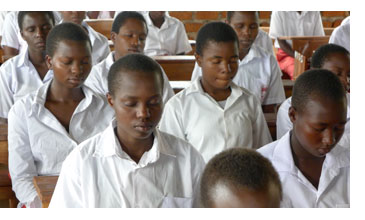 Research also shows that during the experience of Transcendental Consciousness there is increased coherence or orderliness of brain functioning measured at all areas of the brain and at all EEG frequencies of brain activity. EEG coherence is maximum during the practice of the advanced program of Transcendental Meditation Yogic Flying at the moment the body lifts off the ground.

Thus Consciousness-Based Education produces coherent integrated brain functioning, in which different parts of the brain perform in harmony with each other. Coherence, or integration, of brain functioning has been found to be correlated with a wide range of mental abilities, including creativity, efficiency of learning, verbal intelligence, principled moral reasoning, better mental health, higher academic performance, and greater neurological efficiency. 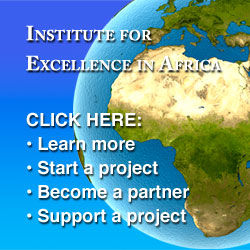 Benefits at a Uganda Girls School